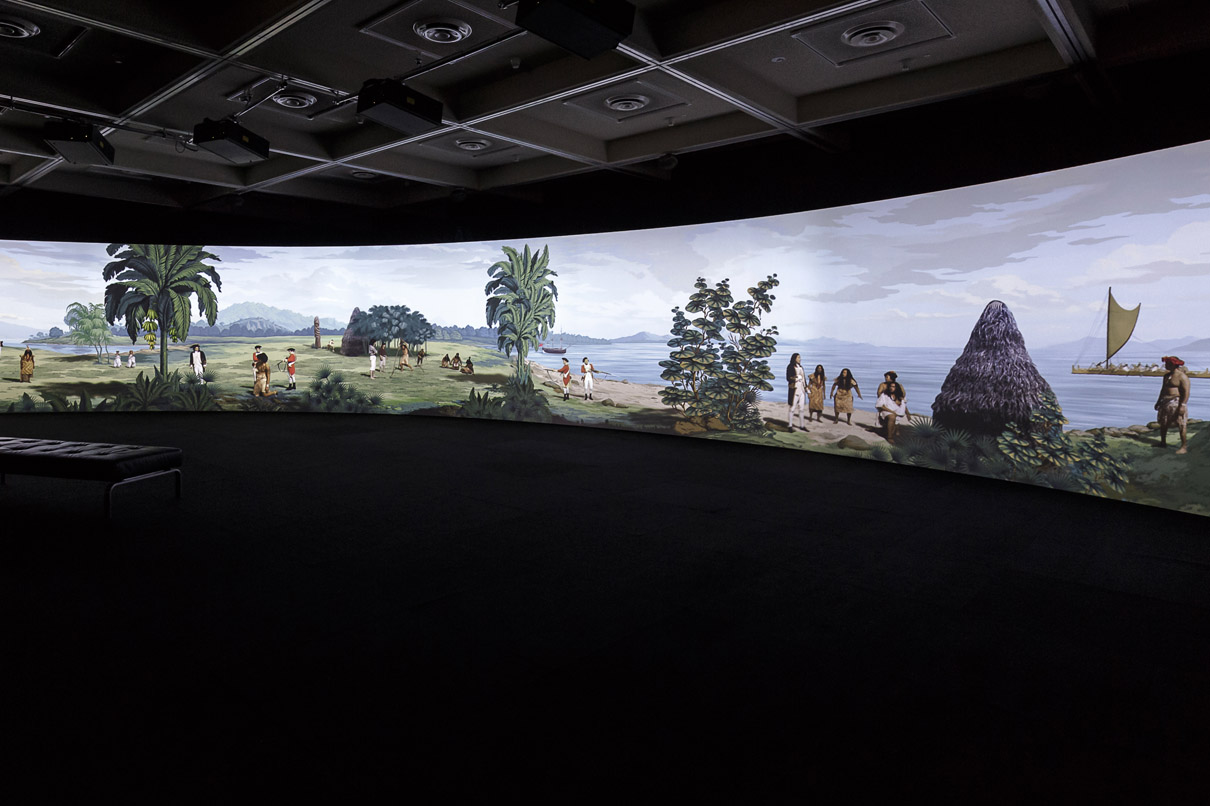 This exhibition is well worth a visit for all Media Arts students! It closes on Thursday 29 March 2018. From Wollongong the Campbelltown Art Centre is only a 40 mins drive – drop in on its last days!

From the Press Release:

Lisa Reihana is an artist of Māori (Ngā Puhi, Ngāti Hine, Ngāi Tu) and British descent who has helped forge the development of time-based and media art in Aotearoa New Zealand. A multimedia artist, Reihana’s practice is driven by collaborative work with communities, described as kanohi ki te kanohi (face to face).

This exhibition reveals the spectrum of Lisa’s practice – from early experimental works in digital video such as Wog Features, 1990 and Native Portraits n.19897, 1998, to futuristic films, dystopian photography and immersive environments, such as Fantastic Egg, 2002, PELT, 2009 and Tai Whetuki – House of Death Redux, 2015 – 16. 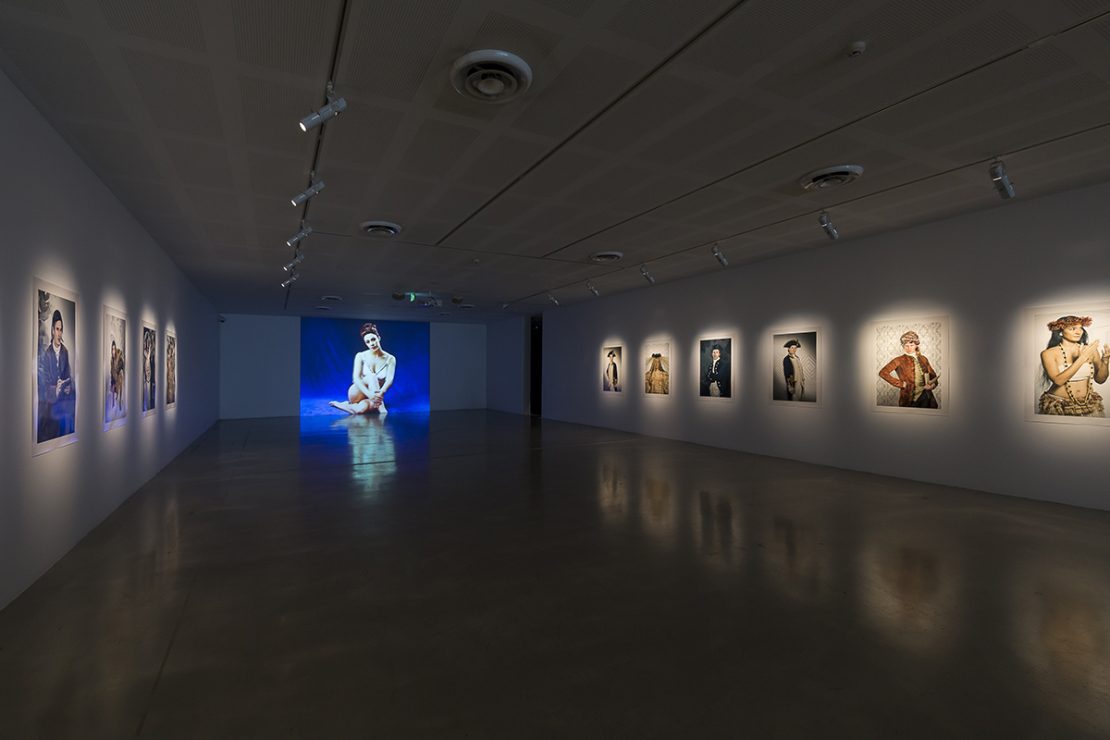